Game theory: The Evoulution of Trust

The theories described there were not unfamiliar to us since we work on games connected to game theory. But this game was really worth to play because it showed again how great it can be when you not only read about something, but you can experience it.

In the first section we bring you the 3 key messages of the game, and after it we conclude why this game is a good example for edutainment.

What are the main messages of the game about game theory?

What does Nicky’s game tells about a good learning environment?

At the starting: give few but important information

How to build/write a good introduction

The ‘learn how to use the game’ phase

In this phase you are put in the classical game theory situation of the choice between co-operation or cheat. It is important that you make real decisions, and simple ones. You have to choose only one decision and only from two options: co-operate or cheat.

So the way you should build your ‘learn how to use the game’ phase is:

After the first choices or decisions made you are more engaged with the game because it puts you in more complex situation against players with different playing styles and with the question which of these are the most successful ones?

It is great that the game platform communicates with you. It continuously comments the moves you make. And it takes in a style that brings the program even closer to the player. Because in the comments it can be felt that the player’s thinking is understood why he/she did the specific move.

What can you learn about communication from ‘The Evolution of Trust’:

What is the key driving force of the game?

First we recommend you to play the ‘The Evolution of Trust’ game. Try out it here.

Secondly, if you want to go even deeper and try game theory in a more complex situation in a more complex environment with more complex decision tree you should use business simulation. In our games we provide multiplayer environment where you have to deal with the uncertainty of decisions made by other players which method you could learn from Nicky’s game and you can master it in our game. You have to continuously modify your strategy according to the other players’ strategies. You play in a business environment where all market players with different playing styles affect the events of the market.

Interested in a Maximulation test course? Write us to info@maximulation.com

Search in our articles 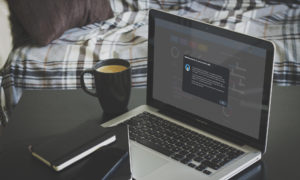